As in evolutionary biology, studies of the evolution of language must draw on a full knowledge of the design space. To take a biological example, regarding the question ‘how many sexes are found in a given species’, the overwhelming majority of organisms do not have more than two. But there are exceptions, such as the protozoan Tetrahymena thermophila with its seven sexes, and to understand why commoner systems evolve we also need to understand what are the evolutionary drivers of systems found on the ‘long tail’. In linguistics rare phenomena challenge theories of how language evolves since they typically present apparent counterexamples to what linguistics has come to see as ‘natural’ systems that are easy to process and/or learn, and hence favoured by iterated runs of what Christiansen and Chater have christened the ‘now-or-never’ bottleneck. 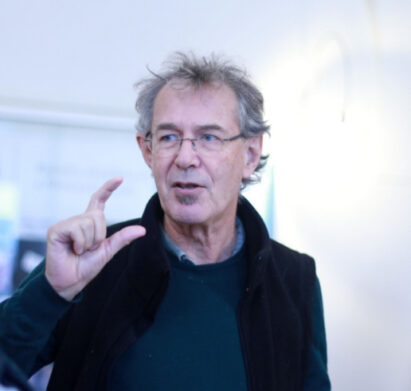 Confronted with the alarming loss of linguistic diversity around the world, most of it wholly or substantially undocumented, there have been various moves to propose algorithms for prioritising particular languages for study. While these rightly prioritise languages from the least-documented clades (e.g. isolates or undocumented language families), it is a dangerous inference to assume that languages with better-documented relatives do not, nonetheless, form a high priority for our field.

In his talk Prof. Dr. Nicholas Evans will explore the vital importance of intensifying the detailed investigation of languages which would fall outside such ‘prioritisation algorithms’ using a number of examples from Australia (Kayardild, Dalabon, Iwaidja) and New Guinea (Yelmek, Nen). He will focus especially on (a) the fact that highly unusual structures challenging to general linguistic theory can evolve very locally, i.e. at offshoots well below the language branch, and (b) the crucial role that comparison of closely-related languages plays in our understanding of how unusual phenomena evolve.