Geneva at the heart of the human brain

It’s a first in Switzerland: the Human Neuroscience Platform (HNP) will host a magnetoencephalography (MEG) facility next summer with the purchase of a MEGIN TRIUX™ neo, a state-of-the-art scanner that allows non-invasive analysis of brain activity. This acquisition is the result of a partnership between several institutions located at the Campus Biotech and promises new breakthroughs in the understanding and treatment of brain disorders such as Alzheimer’s, epilepsy or aphasia. 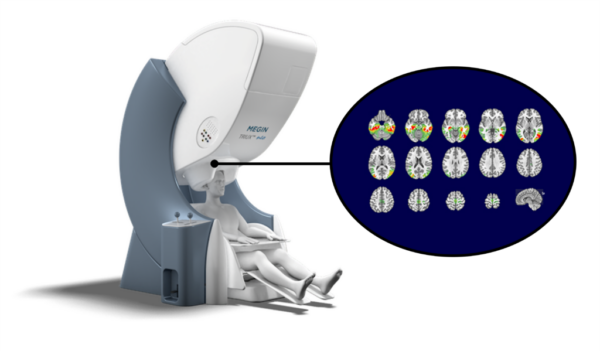 Within the scientific hive that is the Campus Biotech building, the Human Neuroscience Platform (HNP) is the key to unlocking the mysteries of the human brain. In a few months, a new facility, never before seen in Switzerland, will complete its services: a magnetoencephalography (MEG) platform that will allow the non-invasive recording of the brain’s electromagnetic activity in real time. “The new generation MEG system – a MEGIN TRIUX™ neo – is expected to be fully operational in the summer of 2022. It is the first system of its kind in Switzerland, and a great new tool for researchers and the entire Swiss neuroscience community,” confirms Anne-Dominique Lodeho-Devauchelle, coordinator of the HNP. 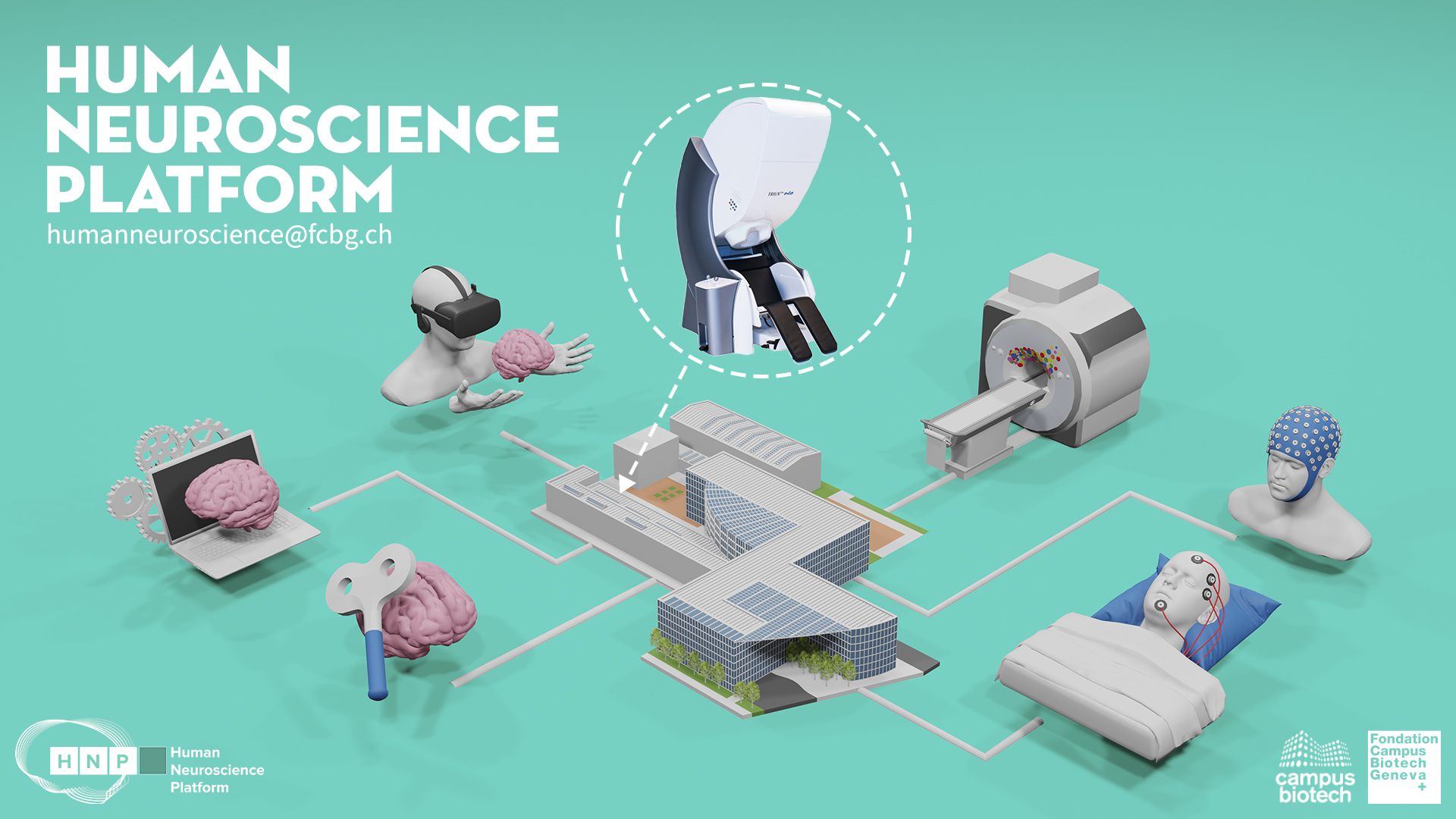 MEG is an imaging technique that measures the functioning of the brain from the magnetic fields produced by its electrical activity, mapping it quickly and precisely. “It allows the measurement of ongoing brain activity by detecting and measuring the magnetic fields generated by individual neurons in the brain on a millisecond-by-millisecond basis, and it shows directly where in the brain the activity is produced,” explains Gwénaël Birot, manager of the electroencephalography (EEG) facility.

Due to its fidelity and high temporal resolution, MEG can discern human brain networks with unprecedented accuracy, and thus highlight specific disturbances involved in neurological disorders, such as Alzheimer’s disease or autism. This positions MEG as the brain imaging modality of choice for studying these disorders. In the context of epilepsy, MEG will be used to localize epileptiform activity produced by the brain in order to guide a surgical intervention.

Giving back speech to those who have lost it
The co-director of the National Center of Competence in Research (NCCR) Evolving Language, Anne-Lise Giraud, is one of the initiators of the purchase and explains the interest of such a scanner for research in Geneva: “Switzerland, curiously, had never invested in this precise tool, allowing long enough recordings without loss of signal, and access to directly localized neural information. It seemed logical to me to make sure that the community could benefit from this indispensable tool for human neuroscience, both clinical and fundamental”. The MEG will indeed be of great help in understanding language and hoping to find treatments for the disorders that surround it, such as dyslexia or aphasia (a pathology that affects the ability to express oneself and that can be acquired following a stroke for example).

Indeed, in many cases, patients who have lost the ability to express themselves orally can still imagine the word or phrase they wish to communicate without being able to express it. Anne-Lise Giraud and her team are therefore working on identifying the neural signals that are activated when we imagine speech, in the hope of one day being able to decode the imagined language of mute or aphasic people and give them back this lost ability. “When we imagine a word, we activate much weaker signals than when we speak a word. Combining intracranial electrodes with MEG imaging will give us a more global view of our brain activities when we imagine speaking”, explains Timothée Proix, scientific collaborator in Anne-Lise Giraud’s team at the University of Geneva. If current technologies are still far from decoding the imagined language, MEG will undoubtedly allow us to advance a little further in this direction.

Non-invasive scanner
The scanner that will join the HNP complex is a MEGIN TRIUX™ neo, the latest generation technology from the MEGIN company based in Finland. Specifically, the device works like a helmet that fits on the heads of adults and children.

Non-invasive, silent and without magnetic field, it is compatible with patients previously excluded from MEG experiments as implants and metallic objects no longer pose interference problems, and offers positioning options for most population groups. By combining this technology with those already existing in the Geneva platform, such as EEG or MRI – which show different data – HNP users will never be so close to unravelling the mysteries of the human brain.

Collaborative environment
This project is the exciting result of a lemanic collaboration between the NCCR Evolving Language (joint supervision between Zurich and Geneva), the Geneva University Hospitals (HUG), the University of Geneva (UNIGE), the Ecole Polytechnique Fédérale de Lausanne (EPFL) and the Fondation Campus Biotech Geneva (FCBG).