Marmoset monkeys perceive the vocal interactions between their conspecifics not just as a string of calls, but as coherent conversations. They also evaluate their content. These are the findings of a study by researchers at the University of Zurich which combined thermography methods with behavioral preference measures.

By University of Zürich 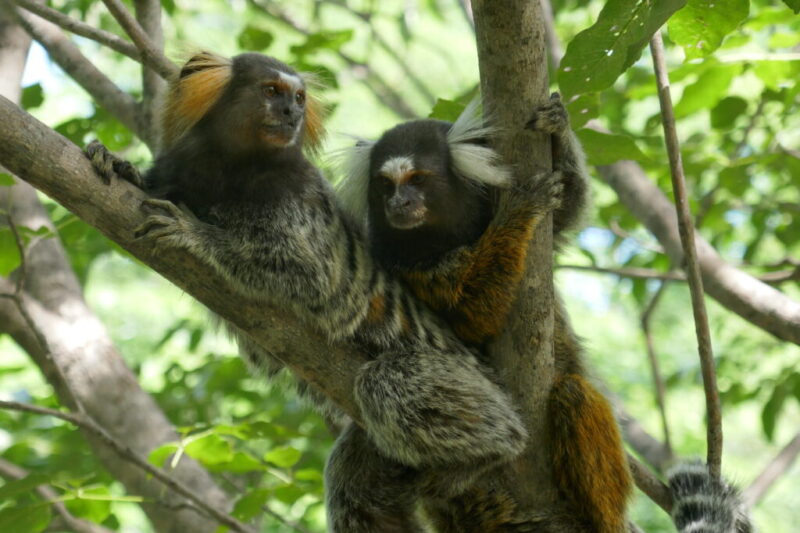 Marmoset monkeys are not only passive observers of third-party interactions, but that they also interpret them. (Image: Judith M. Burkart, UZH)

Humans continuously observe and evaluate interactions between third parties to decide with whom to interact in the future. But it is difficult to measure what information animals gain when they eavesdrop on vocal interactions between conspecifics: If they do understand such conversations, they do not necessarily exhibit behavioral expressions that can be easily observed. To overcome this hurdle, anthropologists from the University of Zurich created a study combining call simulations, thermography methods and behavioral preference measures.

Using thermal imaging, the researchers were able to non-invasively measure temperature changes in the faces of marmoset monkeys to quantify subtle emotional responses. “We were able to use this technique to show that the marmosets did not perceive the vocal interactions between conspecifics as the mere sum of the single call elements but rather perceived them holistically, as a conversation,” says first author Rahel Brügger, PhD candidate at the Department of Anthropology of the University of Zurich.

An animal experiencing an increase in emotional arousal will show a drop in facial surface temperature especially in the most exposed regions, namely the nose. Measuring the emitted infrared radiation by means of thermography makes it possible to record these changes. For their study the researchers used playbacks of vocal exchanges between marmosets as well as calls of individual animals who were not involved in an interaction. They played the corresponding playbacks from a hidden loudspeaker and used thermography to measure the monkeys’ reactions to the various simulations. “This showed that the response to call interactions was significantly different than the response to individual calls,” Brügger said. “Marmoset monkeys are thus able to distinguish a dialogue among conspecifics from a pure monologue.”

In the simulations, the researchers additionally distinguished between cooperative and competitive interactions. After the monkeys had heard the different interactions, they were given the opportunity to approach the sources of the sounds. The researchers observed that the marmosets preferred to approach the simulated conspecifics who had been involved in a cooperative interaction with a third party.

This preference fits the social system and natural behavior of these small Brazilian new world monkeys who are cooperative breeders and depend on the cooperativeness of their group members. “This study adds to the growing evidence that many animals are not only passive observers of third-party interactions, but that they also interpret them,” concludes last author and professor of anthropology at UZH, Judith Burkart. “In addition, our study shows that thermography can help unveil how these social interactions are perceived by nonverbal subjects.”

University of Zurich
Department of Anthropology