Dwarf mongooses seem to produce a complex call that may be a combination of distinct call units, reveals a study published by researchers from the University of Zurich in Proceedings of the Royal Society B: Biological Sciences. Coming from fields that have traditionally been far apart (Biology and Linguistics), the authors have combined their expertise in a novel linguistically-grounded method that could bring a new understanding to the way we approach animal communication. It is the first attempt at analyzing a non-human animal call in such a way and has been made possible by a unique transdisciplinary approach, which will be pursued within the NCCR Evolving Language. 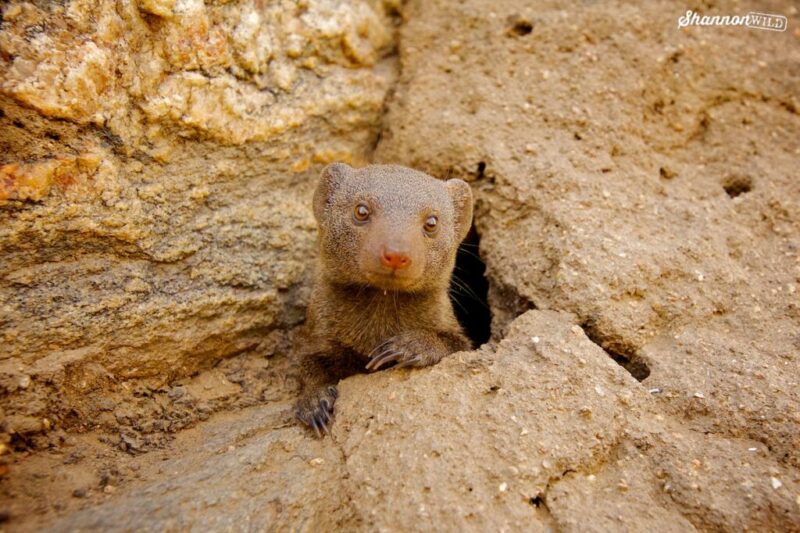 There’s always been something intriguing about the way animals interact with each other. How much information can they communicate to each other? Unlike humans, we can’t ask animals what they mean when they call. Nevertheless, what can be stated is that communication plays a vital role in the social lives of many species and varies greatly in complexity. One possible way to increase communicative complexity is by combining signals into longer structures. For species with a limited repertoire, this has been proposed as a mechanism allowing them to increase their communication output.

Why this study is a novel approach: To date, most studies investigating animal call combinations have focused on non-human primates, with the goal of understanding the evolution of human language. However, recent research suggests that other species may also have similar combinatorial capacities as humans, i.e. the ability to combine units into sequences. The recent study Dwarf mongoose alarm calls: investigating a complex non-human animal call aims to further existing knowledge by experimentally investigating combinatorial-like structures in the alarm-call system of a non-primate mammal, the dwarf mongoose.

Why the transdisciplinary approach is interesting: Through borrowing technical notions and concepts from language science the researchers aimed to shed light on how T3 was used and its potential meaning. Such an approach is key to unpacking not only the similarities and differences between combinations in various animal communication systems, but also between such combinations and those found in human language.